I have always thought it interesting.  The way people relate to each other.  The way some humans are wired to be reclusive, while others are gregarious and outgoing.  I have been blessed, I think, with the ability to speak to anyone.  I have been told I have the “gift of gab.”  If you make eye contact with me, prepare to at least chat for a minute.

I was out with a group that started with Google Plus as Drink and Click Kansas City https://plus.google.com/u/0/104896290046122761009/posts. We had walked around downtown Kansas City, Missouri.  A few photographs were made, but I had not found what I was looking for.  The evening had started with a theme of black and white portraits.  I had taken some photos, but I had not made a photograph.  If you have ever been out trying to get a specific shot and not having it pre-lined out for ya... you know what I mean.

The interesting thing was, I had just watched The Secret Life of Walter Mitty (http://www.imdb.com/title/tt0359950/).  For those of you into photography, go see this film.  You will understand and appreciate it.  I had also just read a book by Joe McNally named The Moment It Clicks (http://www.bhphotovideo.com/c/product/548169-REG/Pearson_Education_978_0_321_54408_7_Book_The_Moment_It.html). These two things had been running laps in my head as of the last few days before the photo-walk.  While looking for the perfect person to grab a portrait of, we walked. No one jumped in front of me, grabbing my attention. We saw people, and others were grabbing some frames... but nothing spoke to me.

I ended up with a couple of frames from in front of The Union Station downtown: 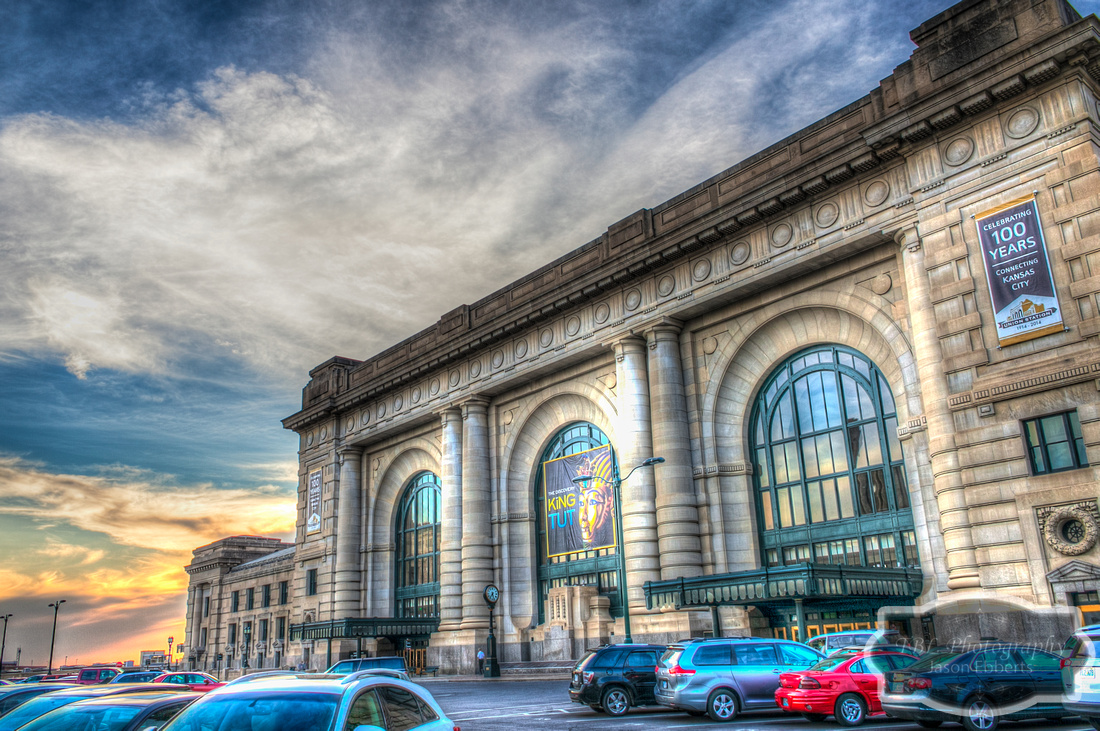 that included the Bloch Fountain: 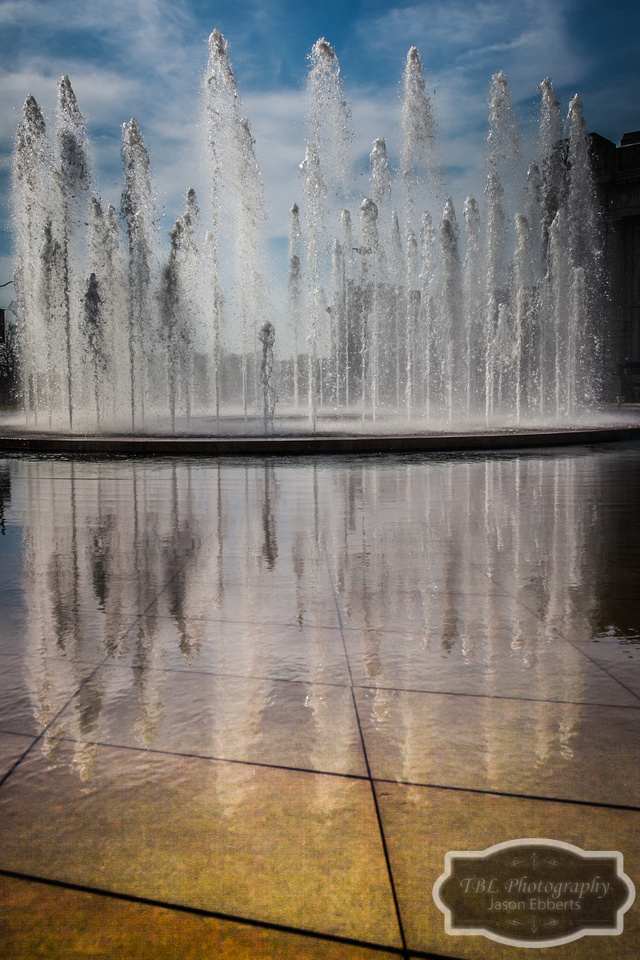 We ended up walking over the tracks to a restaurant named Grunauer (https://www.facebook.com/pages/Grunauer-Kansas-City/115721498444235).  A german restaurant with some amazing food, and great service.  I started chatting up the bartenders and was asking if there was anyone in the place that would make a great portrait.  They both pointed at the other one, and gave the very easy to read “not me not me” vibe and continued getting ready for the evening rush.  I was content with grabbing a great dinner, with a little dark German Lager. 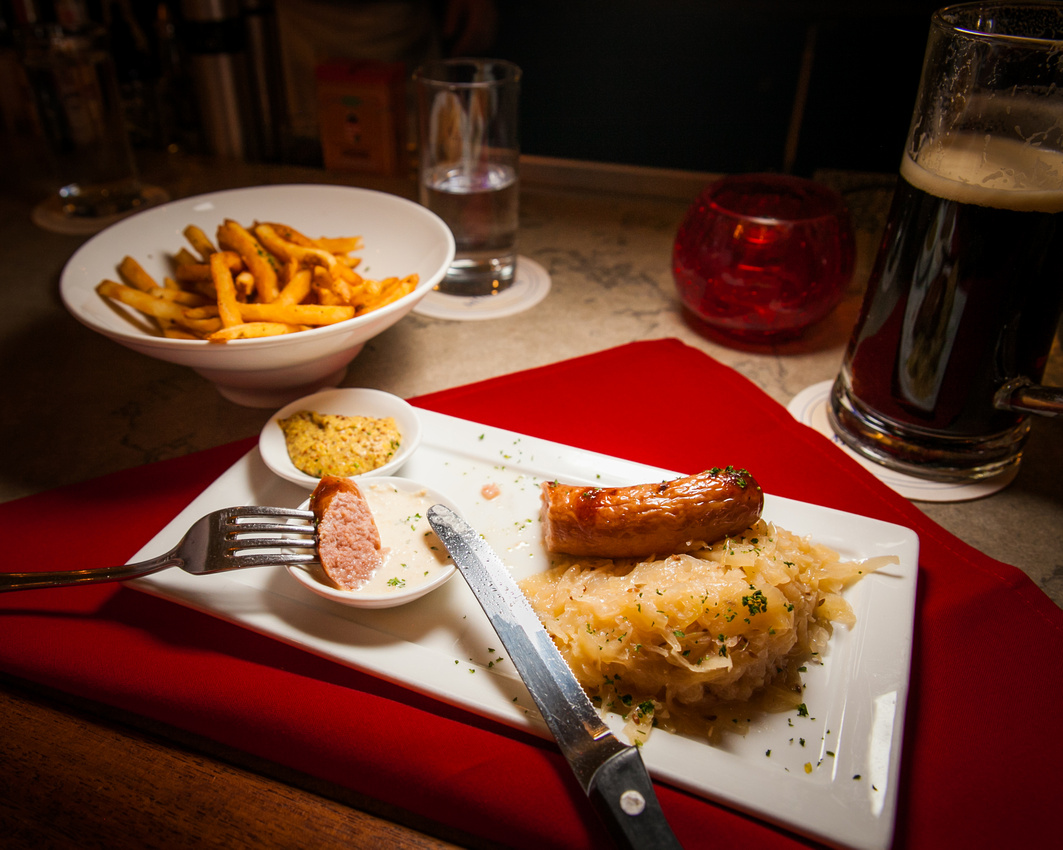 We chatted about light, and speed lights, and angles of light.  You know, all the stuff that photographers like to try to figure out.  After that, we wandered back toward the Union Station.  A few after dusk photos of some of Kansas City’s architecture, but I had not found that one thing that made me want to jump.  Mark Hungate and I just stood by my car chatting about getting out more often to shoot.


About that time, a gentleman walked up to us.  Having been out shooting with Mark before, I knew he was not the chatty type with strangers.  The man walked up and asked if we could help him out.  He said he was down a little and was trying to get some food and maybe a room.  I looked over at him, and I knew the moment had found me.  First off, I asked his name.  He said he was Lamont.  I said my name and said it was good to meet him.  I noticed his body language changed.  He stood a little more forward toward me.  I also told him that he could actually help me.  I said I had three dollars that I would pay him if I could get his portrait.  He paused, looked at me, and then asked “Three dollars for one picture? I can do that.”

I had already packed all my things up.  Out comes the camera.  I grab the Canon flash commander and a 600ex-rt flash.  I also happened to have a small Pocket Box soft box that fit on the front of the flash.  I turned, turned on the camera, turned on the flash, and hand-held the flash up.  Having the camera in manual, I shoved my eye to the eyepiece.  Settings checked and “blam.”  My one shot.  I paid him the three dollars, and thanked him.  He looked like he stood a little taller, maybe straighter.  I think I got my black and white portrait. 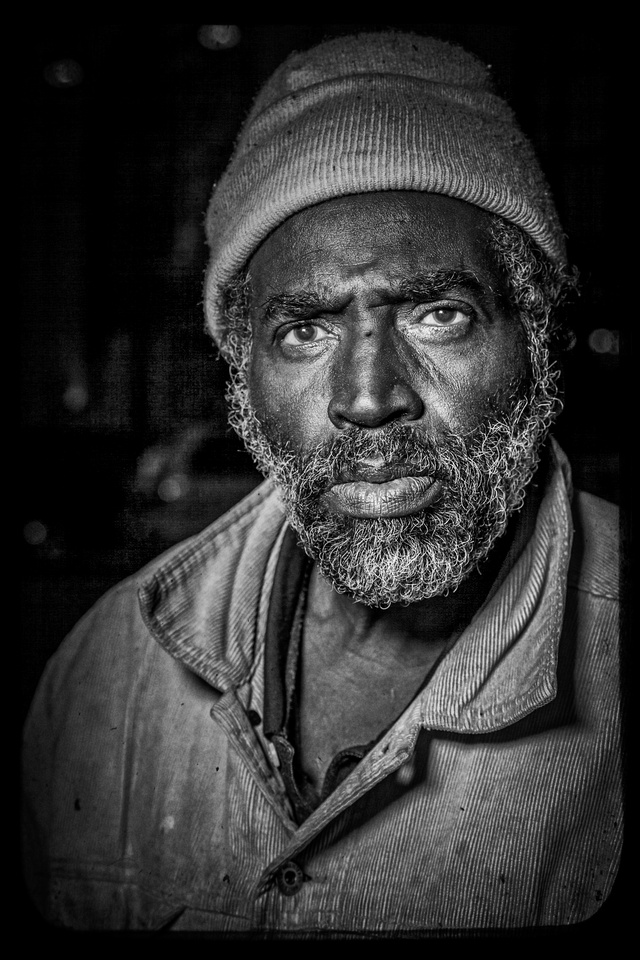 Lamont $3 portraitLamont - asked for some help. I asked for his portrait. One shot for $3 donation.

Being able to actually talk to, not at someone is important.  I had a feeling as soon as I hit the shutter, that I had witnessed “The Moment it clicks.”  Thanks Joe for making me bring this to the forefront of my mind.